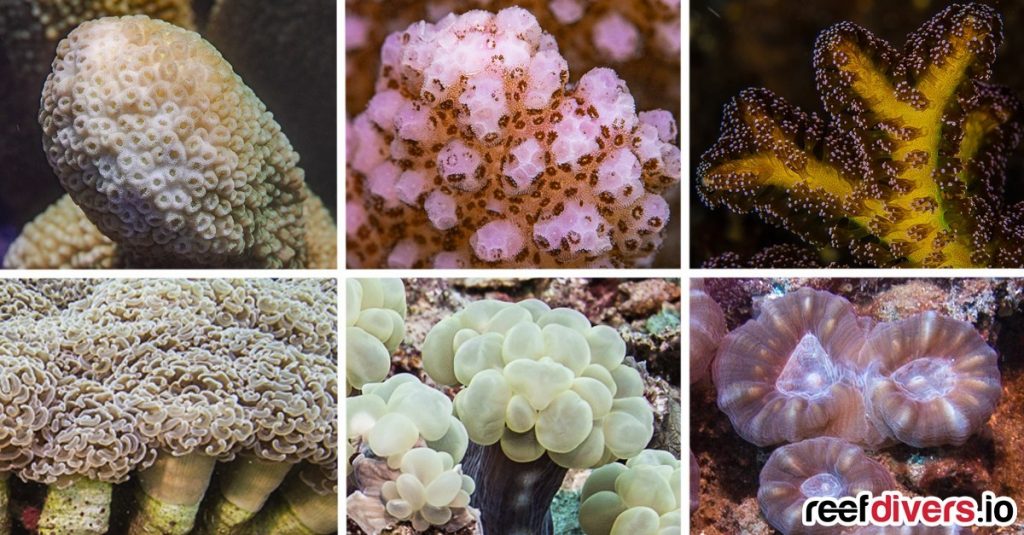 One of the first steps to becoming a coral spotter is learning to recognize coral growth forms. An perhaps the most recognizable of them all is branching corals. But even within this recognizable group, there are many varieties of coral branches.

In this article, we will show you how to spot six different branching coral types, including some small polyp and some large polyp corals. If you’re just getting started as a coral spotter make sure to check out our coral spotting category for more resources.

A note about Acropora

Before going any further we want to point out the most abundant genus of coral, Acropora. There are more than 100 species of Acropora and for the most part these species are all branching, however, there is a tremendous diversity of branch types within this genus ranging from long, robust branches, to itty bitty delicate twigs.

We could (an most likely will) write a whole series on the diversity of Acropora branches. So for the sake of this introductory article, we are going to leave out Acropora and skip to a few less common types of branching coral. Check back for an article about different Acropora branch types, I will link it here once available! Wanna learn more about Acropora? Watch this Video.

Isopora is a robust branching coral found on reef tops. You have a problem spotting this widespread coral species Isopora forms think flattened blades that are upright, stretching to the surface. There are some Isopora colonies which grow in an encrusting form, but the most common is branching.

Isopora colonies are covered in smooth, rounded corallites, and the color can be pale brown to a creamy white or yellow. You will find this coral at the shallow reefs and the crest of reef slopes down to 20m. There is only one species, Isopora palifera.

Pocillopora is abundant in the Indo-Pacific and can be found shallowest to the deepest parts of the reef. There are almost twenty species of Pocillopora but they all have the same characteristic bumpy branches.

Sometimes the branches are densely packed or wide and spread out. It depends on the species and the flow conditions where you find this coral. The common name is the Cauliflower coral because of the short lumpy branches.

Seriatopora is a branching coral that has thin branches and forms small compact colonies. The branches can have rounded branch tips or pointed branch tips which are mostly brown, yellow and sometimes pink.

The best way to identify this coral is by looking at the placement of each polyp which are often our during the day giving this coral a fuzzy appearance. In Seriatopora coral all the polyps line up in a neat row, or series. If you spot the polyps in a row you’ve got yourself a seriatopora.

Euphyllia is a hard coral which has long flowing tentacles. The tentacles can end in little hammer-shaped polyps or tentacles with short knobby branches that look like frogspawn. Within these two tentacle types there are some which grow in a branching form.

It is easier to see the hard branches once the coral is closed up. These short branches are all connected at the bottom and as they grow up they split apart. The polyp lives inside the branch and closes up at night or when it is being threatened by fish or other corals which get to close.

Plerogyra is the first coral divers are surprised to learn is a hard coral. The common name for this coral is the bubble coral because it make round pearl shaped bubbles just like fish eggs and that is what most divers think it is.

Caulasatrea is a corals that makes short branches and trumpet-shaped corallites. Each corallite is between 1-2 cm in diameter with branches up to 2-6 cm in length, depending on species.

The coral tissue of this genus is slightly inflated at the top lip of the corallite making a trumpet or bell shape appearance. In the picture below you can see the tissue inflated around the skeleton with white skeletal ridges surrounding the polyps mouth.

Once the corallite reaches a mature size you will notice a rounded corallite starting to create a peanut or figure 8 shape, before splitting in two. This is a unique way that Caulastrea polyps divide and continue to propagate. Each polyp once mature will split apart in the center and slowly start to build it’s own corallite home.

Get out there and start coral spotting today! If you have questions about these or any corals find us on Facebook or leave a comment below. Happy Diving 🙂

Get updates from Ocean Gardener 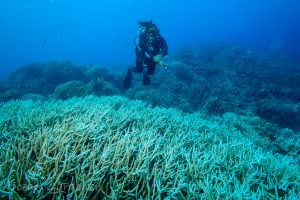 Humans are the plague. One of the biggest arguments a few years back regarding coral reef protection and MPA creation is their economic value. Protecting 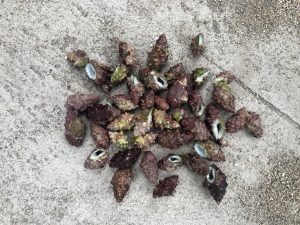 Want to sign up for an ocean gardener course?

Send us a message To Learn More 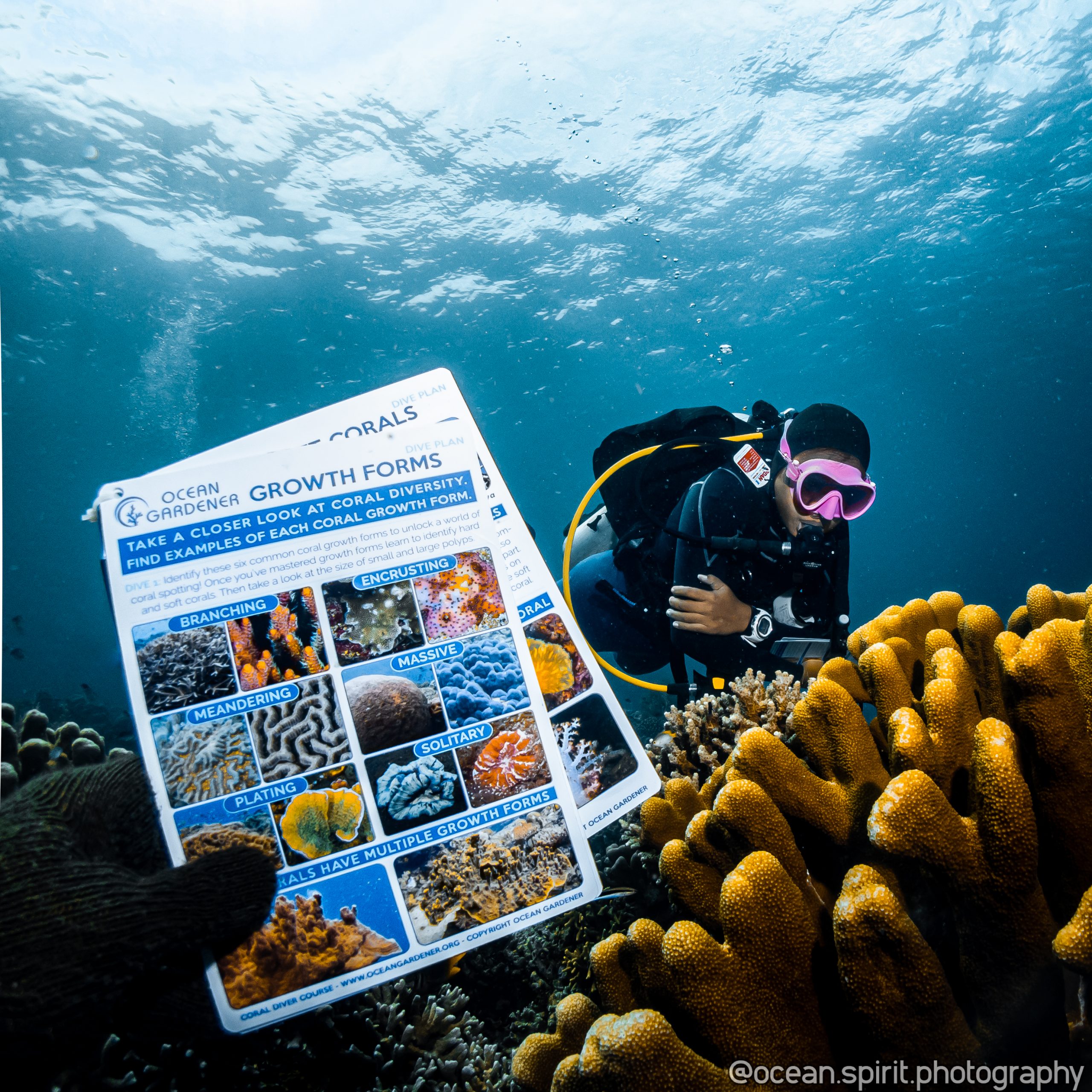 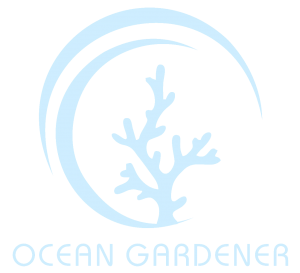